The store will not work correctly in the case when cookies are disabled.
FREE DELIVERY UK MAINLAND OVER £40*
KNOWLEDGE BASE FREE TIPS & ADVICE
NEED HELP?  VISIT CUSTOMER SERVICES

Firing a pottery kiln can be daunting to the beginner, but it really isn’t as complicated as it might first appear and there is nothing like the excitement of opening a kiln to discover what you have created!  First let’s clear away some of the mystery behind firing clay. Understanding what actually happens in the kiln is a good way to start.

Why do we fire clay anyway?

If you make something out of clay and leave it to dry without firing it, it will be fragile and most likely crack. Firing clay changes the structure of the clay, bonding the clay particles together making it stronger, a more permanent ware. In the case of stoneware, the higher firing temperature causes the clay to become impervious to water, a useful quality in dinnerware.

What is the difference between earthenware & stoneware clay?

Earthenware is fired at lower temperatures usually around 999°C-1140°C. At this temperature the clay remains porous but the glaze will adhere to the surface. It is often used for decorative pieces or traditional storage vessels.

Stoneware is generally fired to higher temperatures. Stoneware glaze firings are usually around 1200°C-1300°C. At these temperatures the clay fuses and becomes strong and impervious to water. The glaze fuses with the clay, making the ware very strong.

What happens during a firing?

The first thing to note is that firing usually takes place in two stages, and initial firing (called a biscuit or bisque firing) and a second firing for the glaze decoration.

In both cases a good firing will consist of separate stages of heating and cooling. We can program these stages into a modern electric kiln using a simple controller. Each stage is designed to produce certain results. What temperatures and timings you use will depend on the type of clay, type of glaze and the result you are looking to achieve.

It is important for your clay to be fully dry before firing to avoid it cracking in the kiln.

Here is an example of a basic bisque firing and an explanation of what happens at each stage:

Here are a few basics rules to follow before any firing:

Use our firing chart from our Hot Clay firing advice.

Before the advent of electronically controlled kilns, potters used pyrometric cones to judge the temperature inside the kiln. These ceramic cones are designed to melt and bend at certain temperatures. The potter would periodically look into the kiln (carefully!) to see if the cone had bent over. All the kilns we sell have electronic controllers so you do not need to use cones all the time but they can have their uses. To find out more visit our Cones Page.

Pin Holing - This is where small holes appear in the glaze surface. This happens when impurities in the clay aren’t burned out during the bisque firing, the gases of which get trapped in the glaze itself. Remedies include higher temperature bisque, a slower glaze firing especially at the higher end, and a drop and hold firing program i.e. after the top temperature is reached you let the kiln fall in temperature a small amount then hold for a short period. 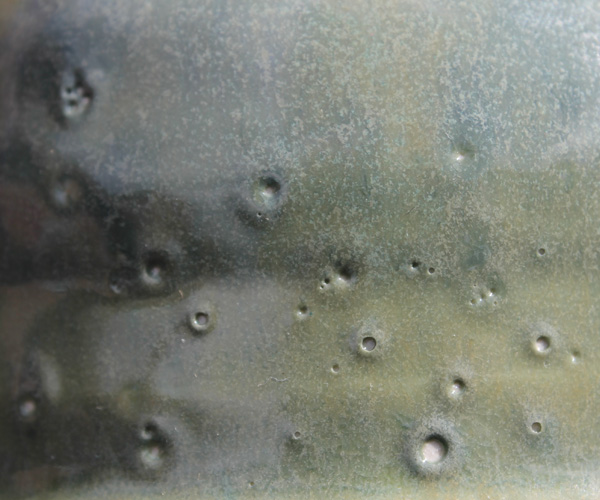 Blisters - These are very much like above, but with the added problem that the glaze has a strong surface tension, thus creating larger bubbles. Remedies, as with above and in some cases changing the fluxing nature of the glaze itself so it allows the escape of the gases.

Crazing - Refers to small hairline cracks in glazed surfaces that usually appears after firing, but can appear years later. It is caused by a mismatch in the thermal expansions of glaze and body. This is not an easy fix as the cause can be many things. An adjustment to firings, glaze chemistry and even the design of the ware itself may all contribute to a craze free product. Further reading would be required and I would suggest reading this article, you might find something that would start you off in the right direction…https://digitalfire.com/glossary/crazing 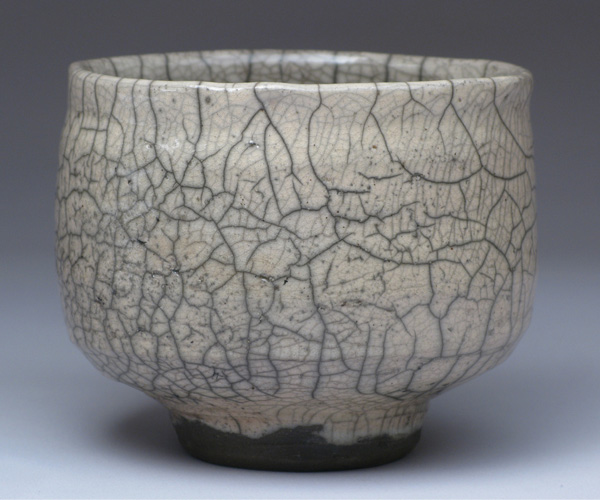 Shivering - This is when the surface of the glaze is compressed by the clay body, leading to poor adherence. Parts of the glaze start lifting and can literally fall off. A usual workaround is to adjust the chemistry of the glaze to allow for a greater expansion, or to use a clay body that has a lower expansion. Sometimes a slower firing will help. 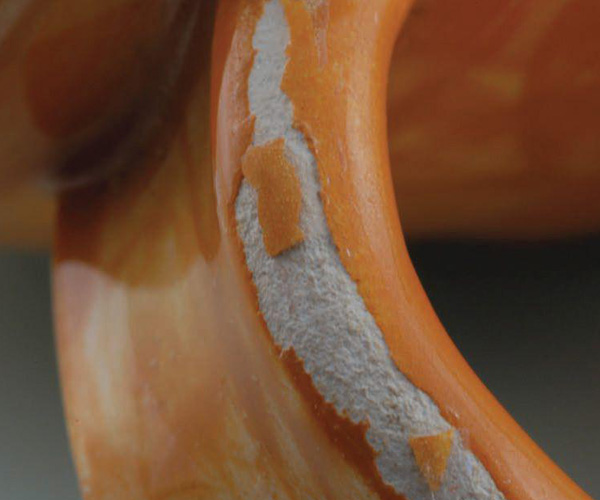 Crawling - When islands of glaze pull together revealing the clay body and bare patches. You might have noticed the glaze drying when applying, and cracking. This only gets worse in the kiln giving the crawling effect. Some glazes have a high clay content, and dry very quickly and shrink. There can be both simple and complicated resolves. Thinner application, a lower bisque temperature, and changing the glaze recipe can help. other resolves include, adding a suspension agent to the glaze or an application method like warming the pot before dipping. 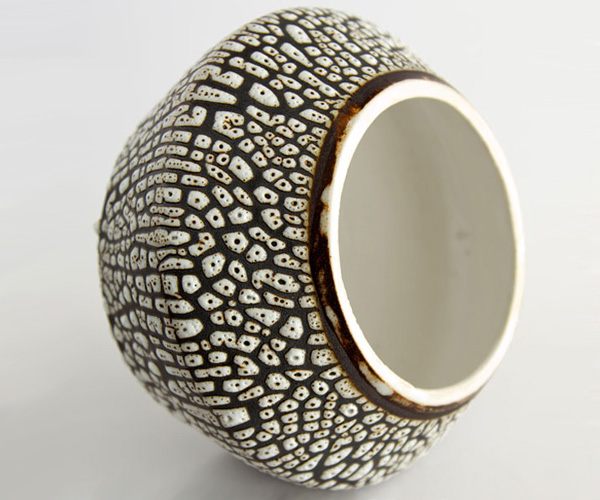 For some recommended firings use our Hot Clay Firing Advice PDF.